Everything You Know About Black Friday Is Wrong : The New Yorker 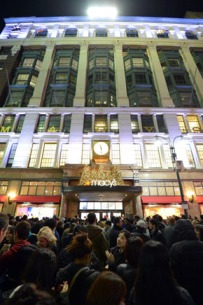 On those Fridays after Thanksgiving, the late Joseph P. Barrett, a longtime reporter for the Philadelphia Bulletin, recalled, even members of the police band were called upon to direct traffic. The cops nicknamed the day of gridlock Black Friday, and soon others started to do the same.

Did you always want to take your boat along while you are on a camping trip near a lake, but could not do so, simply because of the hassle you have to go through in transporting it? Also, what if you also get a roof top storage along with the boat? Yes, it is true. BoatBox has launched a little boat that will also act as a storage mechanism that you can strap to the roof of your car.

Saving Too Much For Retirement? Is It Really Possible? | Generation X Finance

Conventional wisdom tells us it’s impossible to be saving too much for retirement, but is this really true? We’ve been hearing about the need to save more for retirement, and for good reason. Ask many of the Baby Boomers who are getting ready to retire and you’ll find that many of them have come to the realization that they don’t have as much saved up as they had hoped, or that they may need to even put off retirement for a few years.

So, is it possible to save too much for retirement? Of course it is, but it’s far from the norm. The real issue comes from the sacrifices you need to make today in order to plan and save for a retirement that may be decades away. There is a balance in life.

22 Crowdfunding Sites (and How To Choose Yours!) | Inc.com

Crowdfunding used to be pretty simple. Artists, inventors, and filmmakers posted their ideas, and funders chipped in a few bucks to make something happen. Kickstarter, the site that triggered the crowdfunding movement, was the cornerstone. In three years, the site has helped launch more than 95,000 projects.

Today, there are scores of crowdfunding sites. Indiegogo, Bolstr, Fundable–the list goes on. With the SEC poised to allow projects to offer equity, crowdfunding has the potential to revolutionize how entrepreneurs raise money. (For now, you have to offer some kind of reward in exchange for donations.)

But all sites are not created equal. Some specialize in nonprofits, or in certain types of products; others offer consulting services in addition to sourcing funding. In an increasingly crowded and complicated marketplace, where should you turn to fund your endeavor? Follow our map.

New security standards released today by Visa, Mastercard, and other credit card companies are going to have a big impact on any business that accepts credit card payments from customers.

The rules, formulated by the Payment Card Industry Security Standards Council, which represents the major card brands, are aimed at making your customers’ credit card data more secure–but they will undoubtedly add to your administrative and operational costs too.

Take a look at the requirements you must follow, as of January 1, 2014:

How to be happy: Tips for cultivating contentment | MayoClinic.com

Do you know how to be happy? Or are you waiting for happiness to find you?

Despite what the fairy tales depict, happiness doesn’t appear by magic. It’s not even something that happens to you. It’s something you can cultivate.

So, what are you waiting for? Start discovering how to be happy.

How to be happy: What science tells us

Only 10 percent or so of the variation in people’s reports of happiness can be explained by differences in their circumstances. It appears that the bulk of what determines happiness is due to personality and — more importantly — thoughts and behaviors that can be changed.

So, yes, you can learn how to be happy — or at least happier.

Tagged changing behaviors, contentment, happiness, how to be happy

From the frontier to fashions peak |money.cnn.com 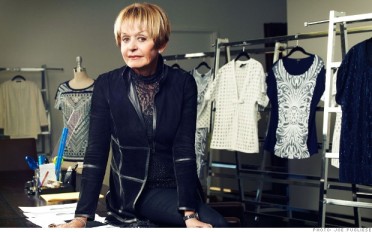 I was born in Belgrade, Yugoslavia, and grew up during World War II. Dad sent us to a farm on the outskirts of Maribor to be away from the city bombings, and he went to Austria to make arrangements for us to move.But with the war ending, he was unable to get back.

When I was 9, my mother wanted to escape Yugoslavia to reunite with my father. So in 1945 she paid a man to take me across the border to Austria, but we were caught. He was arrested, and I was released. My mother, sister, and I tried again several days later but could not get anyone to take all three of us.

So she paid another man to take me across, but he only took me part of the way. He told me to stay on the road until I came to the house at the top of the mountain. There was only one house visible in the distance, and I walked and ran toward it. It was getting dark, and I was scared. I could hear voices and several gunshots. Inside that house my father waited for me. My mother and younger sister followed months later.

Back then I had only two dresses to wear to school, and they got shorter and shorter as I grew. I hated feeling out of place and really wanted to have clothes that fit and were appropriate. Having a limited wardrobe, I always dreamed of clothes.

“There is evidence of deep-seated cultural and ethical failures at many large financial institutions,” he continued. “Whether this is due to size and complexity, bad incentives, or some other issues is difficult to judge, but it is another critical problem that needs to be addressed.”