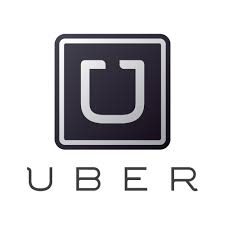 It’s been a tough year for Uber. The ridehailing giant was worth a reported $68 billion as of August 2016—but late last year, problems began piling on.

Posted in News and Views, Uncategorized

A quarter of shopping malls will close, according to Credit Suisse | Business Insider 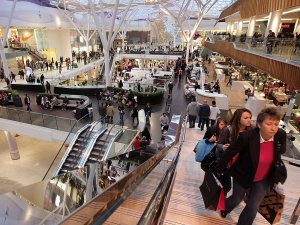 About a quarter of US malls will most likely close within the next five years, according to a new prediction from Credit Suisse.

Credit Suisse cited mass store closings, the rise of e-commerce, and the growing popularity of off-price chains — which tend to be located outside shopping malls — as reasons for the potential mall closings.

California regulators are preparing to conduct a site inspection of the San Francisco headquarters of Uber’s autonomous truck unit, formerly known as Otto, to determine whether the company broke state law when it tested driverless trucks on public highways without permission.

The unscheduled visit, which officials from the state’s Department of Motor Vehicles are coordinating with the California Highway Patrol, is to “see the capabilities of Otto’s trucks in person,” a DMV spokeswoman said. The inspection comes months after the publication of an internal Otto document from 2016 detailing the company’s testing procedures for its self-driving semi-trucks.

Absurdly Driven looks at the world of business with a skeptical eye and a firmly rooted tongue in cheek.

They feel your suffering.

They understand your pain as if it were their own.

They watch you struggle and they wish they could do something about it.

I’ve been moved, you see, by the words of United Airlines president Scott Kirby.

Skift managed to get wind of his thoughts from a recent town hall meeting with employees. I fear you may find some of his sentiments a bit of a drag. 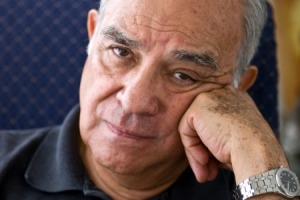 For all Hunter Harrison’s unquestionable talents, he is really bad at one thing: not working. The celebrated railway executive officially retired from Canadian National Railway Company (CN) in 2009, after a long career running railways. A little more than two years later, at the encouragement of activist investor Bill Ackman, Harrison came out of retirement to become president and CEO of Canadian Pacific Railway (CP).

His plan was to step away, again, this summer, when he was scheduled to hand the CEO reins to longtime lieutenant Keith Creel and start a three-year tenure as a consultant (or, in his own words, a “hired hand”) to the railway. That arrangement suggested the transition of power would be a gradual process. But earlier this year, CP announced Harrison would be departing immediately to pursue other opportunities. For his early departure, Harrison will forfeit some $118 million in benefits that had been awaiting him. Hours later, several reports emerged suggesting that Harrison will be partnering with another activist investor to take control of U.S. railway CSX Corp.

Tagged retirement, What Non-Retirees Mean for the Workforce

Meet uHoo – the most advanced air quality sensor in the world. With eight dedicated sensors, uHoo provides allergen and toxin alerts for air quality in the home and office.

The idea for uHoo started as a conceptual idea to solve a serious problem that Dustin Jefferson S. Onghanseng has been facing. Dustin who has suffered from hay fever (rhinitis) since childhood, realized that air quality made a difference between “getting by” and feeling healthy. Suffering from bad air quality in Hong Kong led him down a path of research and discovery.

Dustin teamed up with electrical engineer Brian Lin, an asthma sufferer, who also happens to be his MBA classmate from HKUST. They pitched uHoo and won a number of awards from MBA business plan competitions from Bangkok and Shanghai to Hong Kong and Portland Oregon. Seeing that the idea has legs, both Dustin and Brian, dropped their classes in June 2014 and incorporated uHoo in August 2014.

‘Me’ vs. ‘We:’ How to Retain Increasingly Mobile Workers | Business News Daily 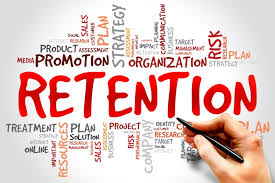 As the economy improves and more job opportunities appear, workers are growing increasingly restless. According to research conducted by ADP, more than 1 in 4 people change jobs annually – an unprecedented frequency of job switching. Moreover, ADP found that 63 percent of the average employer’s workforce is open to leaving for a new job at any time, and 46 percent would leave for a job that paid the same or less than their current position.

So, how can employers find and retain top talent? Sreeni Kutam, division vice president of major account services at ADP, said the findings boil down to two philosophies in conflict with one another: “me vs. we.”

You’re imagining a boxy, full-size station wagon, right? Well, that classic shape has long been gone, but it’s about to make a modern comeback.

Back in the 1980s and ’90s, Volvo was America’s top-selling European import brand—and the first to surpass the milestone 100,000 annual sales figure. At a time when domestic manufacturers were beginning to abandon the traditional wagon market, wagons routinely made up one-third of Volvo’s sales, more so in such top markets as the Northeast or the coastal West.

Global retirement ‘timebomb’: Why you’ll have to work past 70 | CNN Money

Hoping to retire before you turn 70? Too bad.

The world’s richest countries need to drastically hike their retirement ages in order to prevent pension systems from collapsing, according to the World Economic Forum.

Working until at least 70 should become the norm by 2050, the group recommends in a new report. The average retirement age is currently 65 for men in advanced economies and 63 for women.

Here’s the problem: People are living longer than ever, but the average retirement age has remained static. Pension funds have been unable to keep pace.

The Secret of Creating Enticing Call to Actions (CTAs) | Getentrepreneurial.com

One of the most important things tied to high conversion rates is making an effective call-to-action (CTA) on your website. Engaging your audience and visitors in this way may be exactly what you need to boost your business and see your business flourish.

There are some tactics you should keep in mind when approaching CTA implementation to your website and we’ve summarized some of them for your better understanding of the process. Making a compelling CTA can be tricky, u don’t want to be too aggressive, yet, you don’t want your CTA to seem like something visitors would rather avoid than click on it. Here are some things to keep in mind when making an effective call-to-action on your site.