Look out, Ronald. Chipotle is coming.

The leader of the “fast casual” restaurant revolution best known for its burritos and guacamole now has its eyes on the burger industry.

Chipotle Mexican Grill confirmed on Wednesday that the company has applied for the trademark for “Better Burger,” a move that signals what could be a new chain under the Chipotle empire.

Chipotle already runs two other chains in addition to its flagship Mexican restaurants — the Southeast Asia-inspired ShopHouse and Pizzeria Locale.

The traditional product value chain has been shaken up with the unstoppable spread of globalization and the universal commodification of goods and services. Globalization has forced companies to adjust and respond.

In fact, Internet of Things (IoT) products are playing a pivotal role in the alteration of B2C relationships, delivery channels and product pricing, and their continued proliferation is shaping the very nature of how we look at the product value chain.

Five senior members of the World Cup-winning US football team have filed a lawsuit against the national federation for wage discrimination.

Alex Morgan, Carli Lloyd, Megan Rapinoe, Becky Sauerbrunn and Hope Solo say they are paid less than half of what the male USA players receive.

“The numbers speak for themselves,” said goalkeeper Solo in a statement.

The US Soccer Federation said it was disappointed, given the work it had done in building the women’s game.

American women’s football has dominated the international game in recent decades, with a string of titles.

Legal Guide for Businesses That Use Fulfillment by Amazon | All Business

Over the past year, Amazon’s Fulfillment program (a.k.a., “Fulfillment by Amazon” or “FBA”) has exploded by a whopping 65 percent. That’s a whole lot of new e-commerce businesses, and a fresh hunting ground through which the Federal Trade Commission can prowl.

To wit, we’ve compiled this introductory legal guide to online marketing. Is it exhaustive? No. But it’s a solid starting point for anyone interested in regulations and guidelines that affect the FBA niche.

Can Kellogg Save Cereal by Selling It as a Snack Food? | Bloomberg

That, anyway, is what Kellogg Co. is banking on to help revive soggy cereal demand. Tony the Tiger and its other ageless characters have been losing the breakfast battle for years, so Kellogg is repositioning some of its brands as a snack for the nation’s largest demographic: people born from the early 1980s to about 2000.

While total U.S. cereal sales have fallen 8.8 percent since 2012, the share eaten in the afternoon and evening has risen steadily in recent years, hitting about 35 percent in 2015, according to the Battle Creek, Michigan-based company. That’s partly because millennials have embraced Froot Loops and Smorz as indulgent snacks, says Craig Bahner, president of Kellogg’s U.S. Morning Foods division. To ride the trend, Kellogg is repackaging products including Frosted Flakes and Special K in grab-and-go containers and emphasizing the nostalgic pull of cereal as a late-night treat.

Campbell Soup Co. will stop using the chemical Bisphenol A in its canned products by the middle of next year to reassure consumers worried that the substance may harm their health.

The pledge announced Monday is a response to concerns that the commonly used chemical known as BPA raises the risk of cancer, brain damage and hormonal problems. 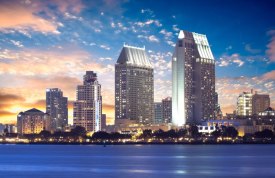 San Francisco has long been hailed the home of the tech startup — the place to be for entrepreneurs looking to lay the foundation for the next big thing. As a mobile app platform with high aspirations, we joined the mix, sharing an area code for four years with the lauded engineers of Silicon Valley and inserting ourselves into the supposed center of the tech world. It seemed like the best possible move.

And for a while, it was.

Can You Require a Switch to Direct Deposit? | Payroll Link

It may not be long before paper paychecks go the way of the five-and-dime store and the VCR. They may soon become obsolete as “direct deposit” into bank accounts is the predominant method of paying employees. And why not? All of the banking — including depositing the amounts into the employee’s account and acceptance of the funds — can be completed with just a few clicks of a mouse. Employees don’t have to worry about losing their checks and it reduces payroll hassles for employers.

The move to the direct deposit method won’t be a change for the vast majority of U.S. employees. According to one survey by the American Payroll Association, 96% of employees are already using direct deposit. Chances are it’s even more common for workers located in remote sites. No more waiting for checks to arrive by snail mail and no trips to the bank to deposit the checks.

While we remain in the final transition period from paper to electronic payment, several questions may be raised about this technology.

Why Cash Is Worth Fighting For | Co.Exist

Financial writer Dominic Frisby is worried about the War on Cash. In the Guardian, he argues that the end of cash would be disastrous for all of us, from the poorest unbanked citizens to the regular Joe who just wants to own his own money, and to spend it—or save it—however he likes.

What concerns me is the unofficial war on cash that is going on, from the suspicion with which you are treated if you ever use large sums of cash to the campaign in Europe to decommission the €500 note. I’m not sure the consequences have been properly considered.