Secrets to Financing a New or Growing Business | All Business

Obtaining funds to start a new business or to expand an existing one can be a challenging and exciting experience. Before lenders and investors can commit to funding, they will want to know there is a high chance that your business will be successful.

Certain areas need to be addressed and prepared such as a coherent and comprehensive business plan that includes marketing strategies, financials, product or service offerings, competitor analysis, and short- and long-term growth strategies.

Every large business in the world keeps a close eye on customer trends and demographics–they have to if they hope to be selling the right products and services to the right customers at the right time.

Ford Motor Company recently published its 2015 trend report, and no matter what size your company is–or in what industry it does business–the results are extremely valuable for any company.

Here, according to Ford, are the 10 trends to pay close attention to in 2015: 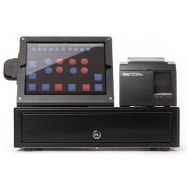 A long line at a cash register may warm a merchant’s heart but will dismay a customer in a hurry. While the old-time cash register has long since been replaced by computer terminals, this has benefited merchants more than customers. Although more efficient at processing transactions, customers still have to wait in line at a counter.

Now all this is changing with tablets. The use of mobile technology that uses payment processing applications is becoming increasingly more common. This quiet revolution in retailing has made it faster and easier for merchants to check our customers and improve customer service.

Train It, Don’t Strain It: Strengthen Your Willpower | Page 19

You’re not born with pre-determined willpower settings. Roy Baumeister and John Tierney explain that there are things you can do to build it – just remember to have a rest day now and then.

Don’t think that some people are born with more willpower than others. Like good, solid quads, how strong your willpower is actually depends much more on your training regime.

As Roy F. Baumeister and John Tierney explain in Willpower, you can work out your willpower just by changing your behavior even slightly and then sticking to it. For example, you might try saying “yes” and “no” instead of “yeah” and “nope” for two weeks. Even sticking to such a small change can improve self-control in other areas of your life. Here’s why:

United and Orbitz are suing a 22-year-old who exposed cheap airfare hack | Mashable.com

United Airlines and Orbitz are suing a 22-year-old website founder who has made it easier for travelers to find “hidden city” tickets, which can offer big discounts on airfares.

“Hidden city” ticketing is the practice of booking a one-way plane ticket from one city to another, and then getting off the plane on a layover before the final destination. It may seem counterintuitive, but booking the longer flight can sometimes be cheaper because of the convoluted mess that is airline pricing.

It’s not illegal — but that doesn’t mean airlines and booking sites want people to do it.

Video is so important. Unfortunately, there are many business owners who feel that video is not for them or they simply haven’t taken the time to create them.

You can use your smartphone to do a simple video, buy a cheap video camera or invest in a professional one that might cost about $1,000 or so.

“The business benefits of using video to increase discovery, traffic, engagement and conversion are widely documented,” said Brad Jefferson, CEO of Animoto. “But we were curious about whether consumers actually find business videos helpful. The data shows that there’s a real power in business videos to help people make confident shopping decisions. Further, consumers develop a more positive impression of companies that use video and even find such companies to be more trustworthy. Businesses that don’t embrace video are overlooking a valuable way to reach their customers and will struggle to keep up with the competition.”

Read the press release from Animoto on small business video here. Animoto, says that small businesses must have three types of video:

After years of questions about how it will make revenue, Pinterest’s roadmap to monetization is becoming more clear. The company announced today that its Promoted Pins program, which it made available in beta to certain brands eight months ago, has performed “just as good and sometimes better than organic Pins,” and it will make the program available to all advertisers on January 1.

On Target: How to Identify, Attract and Keep Your Ideal Customer | American Express 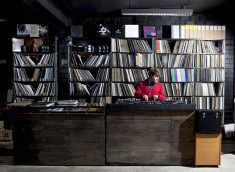 NOVEMBER 12, 2014 One of the biggest concerns of running a small business is finding new prospects to keep your sales pipelines full. You can panic if you have no systematic plan on how to identify who your perfect customer is, where to find them and how to nurture them to a sale.

So how can you identify, target and nurture your new prospects until they become your ideal customers?

At This Startup, Everyone Can Read Each Other’s Email | WIRED

After the Sony mega-hack, protecting email privacy may seem paramount. But at digital payments startup Stripe, email isn’t kept all that private in the first place.

Recently, Stripe openly detailed the internal system it uses to achieve what it calls “email transparency,” saying “almost all” messages inside the company can be read by all employees. Private emails at Stripe aren’t forbidden. But they are the exception.

No, these emails can’t be read by people outside the company. But it shows that privacy isn’t always as important as we think it is. Stripe’s system is part of wide-ranging effort to build services that seek to make our communications more public, not less—an effort that includes everything from familiar consumer services like Facebook to business tools offered by the likes of Slack and GitHub.

As far as the technology goes, open email at Stripe isn’t that complicated. Employees are asked to CC any work-related emails to topic-specific mailing list archives managed through Google Groups. Project lists are the most common, but categories range from individual countries to a “crazyideas@” list. Via the lists, all email becomes public and searchable inside the company. Stripe now has 428 lists in all.