Allocating capital for businesses of any size can be a stressful undertaking. Traditional bank loans can take weeks to become available, and even alternative lenders may charge higher interest rates for the convenience of fast cash. The process can be frustrating, and can throw a wrench into a smoothly running business.

If you’d rather not go through the hassle of taking out a loan, you may want to consider using a factoring service. Factoring is an alternative method of finance that allows business owners to sell their invoices, or accounts receivable, to a third party (the “factor”) for a certain percentage of their total value. The factor pays this portion of the invoice, sometimes in as little as 24 hours. Then, the company collects your customers’ payments and forwards the remainder to you, minus its service fee.

This solution gives quickly expanding businesses reliable capital to carry them to their next transaction.

If you thought that filing taxes as a “one man band” was challenging – wait until you hire employees. The government has strict regulations in place for employers that must be followed in order to avoid hefty penalties. Not only will you be responsible for distributing payroll on a periodic basis to your staff, but you’ll also be responsible for paying related taxes for each employee you have on the books. These taxes include federal income, social security, Medicare, and potentially state and city as well.

Posted in News and Views, Uncategorized

This New Super-Sustainable Town Will Run On Solar Power And Use Driverless Cars For Public Transit | Co.Exist

When a massive ranch in Florida went up for sale 10 years ago, on a piece of land five times the size of Manhattan, the owners had offers from buyers around the world. But instead of selling to the highest bidder, they chose a developer that would preserve most of the land—and turn the rest into what’s attempting to be the most sustainable new town in the United States.

“We came to them and we said, look, we want to preserve as much of this as possible, and then create the most sustainable new town that has really ever been attempted,” says Syd Kitson, chairman and CEO of Kitson and Partners, the developer of the new town, called Babcock Ranch.

After a decade of planning, the town is now under construction. Florida Power & Light, the local utility, is building a huge new solar farm on the property—with 350,000 solar panels—which will power the entire community of 50,000 people.

“Sometimes you just look at something and wonder, ‘Could this be better?’”

That was teen Emily Duffy’s question when she started thinking about the living conditions of the homeless.

After researching the issue, then at age 15, the Irish schoolgirl in Limerick decided to create a high-tech sleeping bag for the homeless.

A year after she first thought of the idea, the bag is now being made by homeless men in Dublin, in a workshop designed to help them get back into the workforce.
Read More

Google has always been known to safeguard its applications to thwart anyone from using them for fraudulent activities. Recent developments in this regard have had Google defending its ad systems to prevent something known as clickjacking.

Clickjacking has emerged as a recent threat to cost-per-click display ads. Clickjacking, also known as a “UI redress attack,” where the appearance of a website is changed so that a victim does not realize they are taking an important action, in this case clicking on one or more ads.

Are you prepared to drink pea milk?| Mashable

Remember when everyone drank milk from cows? Now, the only people who drink animal protein are, like, your parents.

Today people aren’t drinking as much cow’s milk, whether it’s because they have difficulty digesting lactose, they want a healthier alternatives with less fat or, perhaps, a product not associated with a beating heart. As the U.S. market continues to shift towards alternative milks — almond, hemp, coconut, soy and rice — and our meals transition to healthier plant-based diets, the tradeoff is that we risk losing key sources daily protein.

Beginning May 2, every Whole Foods from here to Omaha will stock a new morning drink called Ripple, made from protein pulled from plants. And (phew) it doesn’t taste like grass.

More Than 13,000 People Are on the Waitlist for This Tiny Pop-up London Restaurant Where You Can Eat Naked | Entrepreneur

More than 13,000  people have signed up to eat at a pop-up eatery in London set to open in June, and the the wait list keeps growing. The restaurant, called The Bunyadi, will serve grilled meats and vegan alternatives on handmade clay plates with edible cutlery by candlelight. Cell phones are not allowed. It’s all very caveman-like.

The goal of the restaurant is to harken back to pre-modern times, giving overstimulated, overwhelmed citizens of our hyper-technological, fast-paced world a chance to reconnect with their more animalistic roots.

Posted in HA, Tools and Information

Treasury Picks Tubman for $20 Bill, Hamilton to Stay on $10 | Bloomberg 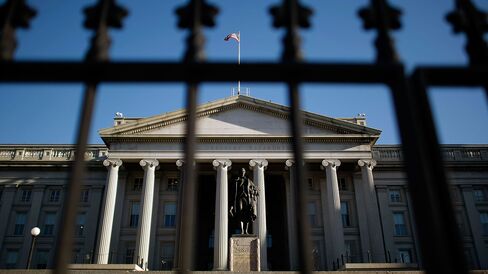 Abolitionist Harriet Tubman will appear on front of the $20 bill, replacing former President Andrew Jackson and becoming the first woman featured on U.S. paper currency in modern times, a Treasury official said, in a design overhaul that will leave Alexander Hamilton on the $10 note.

The decision is the latest chapter in a 10-month-old controversy that erupted after Treasury Secretary Jacob J. Lew tried to address gender imbalance on U.S. currency notes. He opened up the selection process to the public just as the current face on the $10 bill was enjoying a resurgence in popularity, and outrage ensued.

The 80/20 Rule is a potent little principle that can increase your business revenue and make your life easier.