Can a night owl turn into an early bird? | Live Science 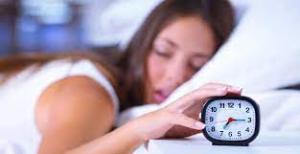 Some people wake up before the sun peeks above the horizon, go for a run and eat a hearty breakfast, all before many others roll out of bed. Waking up that early might sound exhausting to late risers, but can a night owl become an early bird?

It is possible to make the switch, but it’s not easy, said Michelle Drerup, director of behavioral sleep medicine at the Cleveland Clinic. “A true night owl doesn’t really feel great first thing when they wake up, especially when they’re starting to shift this.”

A person’s tendency to be a night owl, early bird or some place in between is known as their chronotype. Depending on their chronotype, people are likely to be more awake and alert during certain times of the day and sleepier during others.

This entry was posted in Tools and Information and tagged early bird, late risers, night owl. Bookmark the permalink.