Today after the close of regular trading Tesla, a well-known American electric vehicle company, announced that it intends to split its shares 5 for 1. The split announcement comes after a sharp rally in the value of Tesla equity in recent quarters. 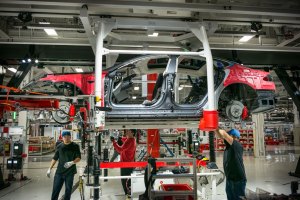 The company’s shares quickly rallied on the news, picking up 8% in after-hours trading.

Tesla, ever a controversial company, traded for as little as $211 in the last year. After today’s news the company is now worth $1,485 per share. Worth comfortably more than $250 billion, Tesla is amongst the world’s most valuable companies, let alone among the most valuable automakers.

This entry was posted in News and Views and tagged shares split, stock rallies, Tesla. Bookmark the permalink.