Why Millennials Are Struggling With Mental Health At Work | Forbes

Americans do not take mental health seriously enough. According to the NIMH, as many as 45% of mental health cases go untreated in this country, at a total potential cost of $147 billion per year. 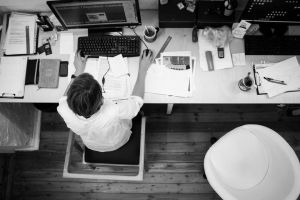 These statistics are devastating and also not widely known — but they’re not terribly controversial. What is controversial — or at least uncomfortable — is the idea that millennials suffer from more mental health issues than any previous generation. This challenges some of the common assertions that millennials are entitled, lazy and lack a work ethic or respect for The Dollar.

Could it be that they’re simply more susceptible to a world in transition?

This entry was posted in Tools and Information and tagged mental health, Mental Health At Work, millennials. Bookmark the permalink.