Bitcoin prices have pulled back lately — but Goldman Sachs still sees strong gains ahead in the coming years.

The world’s most valuable cryptocurrency has fallen to about $46,000 after surging to a record high near $69,000 in November. Yet Goldman Sachs (GS) said in a report this week that bitcoin (XBT) could more than double, to a little over $100,000 per coin, within the next five years. 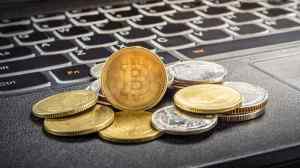 “We think that bitcoin’s market share will most likely rise over time as a byproduct of broader adoption of digital assets,” Zach Pandl, the co-head of global foreign exchange, rates and emerging market strategy for Goldman Sachs, said in the report.

This entry was posted in News and Views and tagged bitcoin, cryptocurrency, Goldman Sachs. Bookmark the permalink.