The Humbling of Andy Dunn: How the Bonobos Co-Founder’s Struggles With Mental Health Almost Upended Him–and His Company | Inc.com 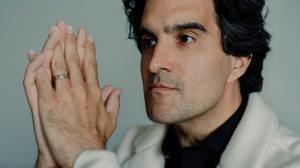 ANDY DUNN WAS RIDING HIGH. It was 2012, and he was running a hot e-commerce fashion company he’d co-founded. He’d cashed out seven figures’ worth of shares on the secondary market and was living like he thought a CEO in his early 30s in New York City should be living: large. He bought a black Porsche. He jetted off for weekends in Istanbul and Moscow, and ran up a $10,000 Four Seasons bill in Bali. He went out to clubs and restaurants almost every night: drinks with a potential hire at 6; a dinner date at 8; meeting a friend for more drinks at 10.

His company, Bonobos, had launched in 2007 and pioneered an online-first, brand-building model that just a few years later was being copied by entrepreneurs in every consumer-product category imaginable: direct-to- consumer eyeglasses, shoes, razors, dog food, luggage, undies, and more. Dunn started to see himself as a kind of godfather of a new consumer movement. He hired bright college grads to run customer service in-house in one of the world’s most expensive cities. He opened brick-and-mortar showrooms, dubbed Guideshops, at a time when legacy stores were flailing. Bonobos was early to social media marketing and omnichannel retail, and it helped usher in a whole new startup econ­omy in New York.

This entry was posted in Tools and Information and tagged Andy Dunn, Bonobos, mental health. Bookmark the permalink.