‘No One Knows What’s Going On’: Unease Lingers Over TikTokers After Oracle Claims Victory In Acquisition Race 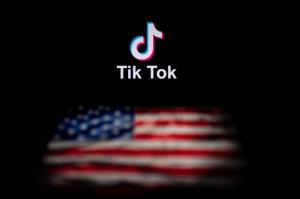 The past few weeks have been one of the more stressful periods in 16-year-old Parker Pannell’s life. His comedy vlogs had amassed sizable fanbase on TikTok, some 2.2 million followers, and he was earning thousands of dollars from creating sponsored content for businesses like Cash App and House Party. Much of that work evaporated over the last month. “Super discouraging,” says Pannell. “But who wants to put money into a brand that could potentially be on the decline?” Companies were shying away from advertising on TikTok as the Chinese-owned app raced to appease President Trump’s demand for it to sell itself or face a ban in America.

This entry was posted in News and Views and tagged Oracle, President Trump, TikTok. Bookmark the permalink.