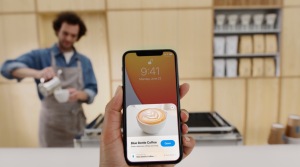 Apple’s App Store has had a controversial month with developers demanding changes to how apps are monetized, but as Apple detailed the next versions of its operating systems at WWDC, it’s clear they believe third-party apps themselves have room to be fundamentally revamped.

This week at WWDC, Apple debuted App Clips, a snappy new segment of third party experiences that scales down the idea of an app around just a single feature or two. A user can quickly call up an App Clip via a URL, NFC tag or visual code and download when the right context arises. In a lot of ways it’s just another notification type pinned to more limitations for devs, but the thinking behind it follows Apple’s continued interests to shove third-party integrations deeper inside the operating system itself.