We all know what passes for gospel in our brand-driven, always-on culture: “Network your way to the top.” “Just say yes.” “Get out there!”

But what if you stopped all that networking? What if you distilled your business development to the bare minimum and still managed to grow your company? What if — instead of getting out there — you could simply stay in?

I’m much more comfortable in my home office than I am selling to a room, yet I own a successful business for which I am the primary sales driver. My business requires me to network, schmooze and take lots of meetings. It means I regularly fly thousands of miles on my own dime to meet a potential client or give a talk. And it means I must keep a robust social media presence even as sharing makes me incredibly self-conscious.

It’s enough to make me want to hide in the bathroom.

Over the years, I’ve developed a formula that allows me to play to my strengths and nourish my introversion — to focus less on the outcome of “success” and more on the everyday. I never will be relaxed on flights or stop getting anxiety attacks before a meeting. But I’ve grown a business that can sustain the real me. I call myself a “hermit entrepreneur.” 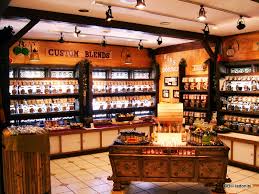 You could say I had an unconventional upbringing – but it served me well and was the catalyst for my sense of determination, level of conviction and desire to succeed. I am truly a product of my own making.

My parents divorced when I was 12 years old. My mother moved far from our home in Michigan and I spent my early teen years living with my father. But, at the young age of 16, I moved to Florida to live with my mother. My presence was not well-received by my step-father. Before I could even graduate high school, I found myself homeless, broke and completely on my own.

The Difference Between Being a Franchise Owner and an Entrepreneur | Getentrepreneurial

There is a big difference between being an entrepreneur and owning a franchise. When considering purchasing or starting a small business it is wise to understand the differences so that you can make good choices for your situation. A franchise has much less control over product, strategy and marketing, but has less risk. An entrepreneur controls their fate but does not have the advantage of brand recognition and a ready-made market.

An entrepreneur dreams and dream and creates a business from it. This includes feasibility studies, market studies, start-up strategy, funding, strategic planning and business planning. The entrepreneur has tremendous latitude to develop the business according to their own vision and subsequently to respond to the market for the product. The owner develops the leadership for the business and in the end controls the critical decisions.

Tagged Difference Between a Franchise Owner and an Entrepreneur, franchise, starting a small business

All in the family: Brig Sorber and his mother, Mary Ellen Sheets.

Brig and Jon Sorber are definitely mama’s boys, at least when it comes to their moving franchise, Two Men and a Truck. During high school in the early 1980s, the brothers borrowed a 12-foot step van from their mother, Mary Ellen Sheets (she’d been using it in her spare time to buy furniture at auctions and estate sales). Once they had a set of wheels, they were able to do moves for small houses and apartments in the Lansing, Mich., area. But when they left for college, the brothers thought their days of wrestling couches were over.

Mama Sheets had other ideas. “She kept getting calls for jobs and asked if she could hire guys to keep the business going,” says Brig Sorber, now CEO of the franchise. “And she did. We’d jump back on the trucks during Christmas and summer vacations. One summer we came home and there was a brand-new truck in the driveway. We thought, Uh-oh, there goes all our beer money.”

In fact, that truck was their future. Over the next two decades, Sheets, who now serves on the board, and her boys built Two Men and a Truck into a 228-unit, nationwide franchise with more than 1,400 trucks. But unlike many successful franchises, which are created with franchising in mind from the start, the team behind Two Men and a Truck had to make the transition through trial and error.