Ethics in the Workplace: Is It Ever OK to Lie at the Office? | All Business 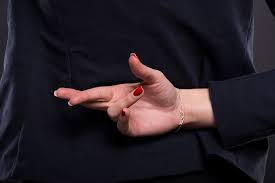 If your boss came to work in new attire that you thought looked hideous, would you lie or tell the truth? If you’re like me, you’d lie.

Afterward, you and I wouldn’t experience much guilt. Almost everyone tells white lies to protect others as well as ourselves from truths that could cause them or us unnecessary pain. In fact, a national survey revealed that 40% of people lied at least once during a 24-hour period.

If you met someone for the first time and wanted to appear likable and competent, would you tell a lie to make yourself look better? Most of us would, according to a University of Massachusetts study, which found that students lie two to three times during a conversation when they want to impress someone else.

This entry was posted in Tools and Information. Bookmark the permalink.