Microscopic metavehicles are pushed and steered by light | New Atlas

Although solar-powered devices are now fairly common, Swedish scientists have created something a little different. They’ve built tiny “metavehicles” that are mechanically propelled and guided via waves of light. 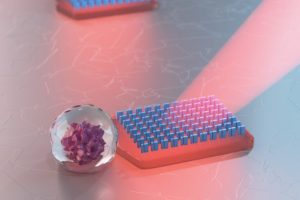 Led by Prof. Mikael Käll and former PhD student Daniel Andrén, a team at the Chalmers University of Technology constructed the vehicles by coating microscopic particles with what are known as “meta-surfaces.” The latter are described by the university as “carefully designed and ordered nanoparticles, tailored to direct light in interesting and unusual ways.”

This entry was posted in News and Views and tagged metavehicles, solar-powered devices, waves of light. Bookmark the permalink.