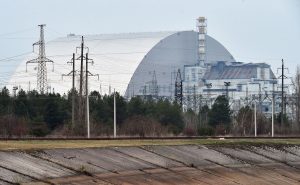 ON THIS DAY in 1986, workers ran a safety test at the Chernobyl Nuclear Power Plant in northern Ukraine. But the test went awry, starting a fire in a reactor and leading to one of the largest nuclear disasters in history. Smoke from the fire and a second explosion launched radioactive elements into the atmosphere, scattering them over the surrounding fields and towns. Now, 35 years later, scientists are still uncovering the extent of the damage and starting to answer questions about the long-term legacy of radiation exposure on power plant workers, the people in the nearby community, and even their family members born years later.

In two papers published Thursday in Science, an international team of researchers took on two very different but important questions. The first paper tracked the effects of radiation on the children of people who were exposed and found that there were no transgenerational mutations that were passed down from those parents. The second focused on thyroid cancer caused by radiation exposure and examined how radiation acts on DNA to cause the growth of cancerous tumors.

This entry was posted in News and Views and tagged chernobyl, long-term legacy of radiation exposure, Ukraine. Bookmark the permalink.