Harley-Davidson, an aging brand that has faced shrinking sales over the past year, is starting an ebike company that it hopes could help it connect with a younger audience and grow its business. 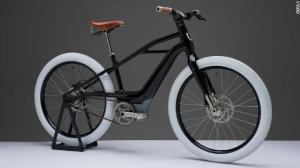 Serial 1, the new Harley-Davidson venture, revealed the first glimpse Tuesday of its electric bicycle, which it says will be for sale in the first half of 2021. Harley-Davidson (HOG) originally showed off photos of a concept electric bicycle in January 2019, but the company will be a minority shareholder in Serial 1, and venture capitalists will own the majority of the new brand, though Serial 1 declined to reveal the investors.

Harley-Davidson has also launched an electric motorcycle, Livewire, to help reach new customers, but will keep that full-fledged motorcycle under the Harley name.