Americans May Be Ready to Spend–but Some Businesses Aren’t Ready to Sell | Inc.com 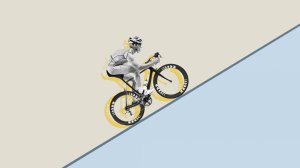 The coronavirus pandemic has hit hard. More than 100,000 Americans have died. Businesses nationwide shuttered, and more than 44 million people have filed for unemployment insurance since mid-March. The stock market wobbles. However, as the economy reopens, and many Americans benefit from federal assistance, businesses across the country may be in line for a healthy dose of increased consumer spending.

“If jobs are coming back relatively quickly,” which the May jobs report indicates, spending should pick up, says Scott R. Baker, an associate professor of finance at Northwestern’s Kellogg School of Management. Baker recently co-authored a study for the National Bureau of Economic Research, which found that consumers had curtailed spending since March, while incomes remained largely untouched. Baker suspects that consumers largely pushed off purchases because of financial concerns or because the businesses they’d typically patronize weren’t open.

This entry was posted in Tools and Information and tagged are businesses ready to open, economy reopening, May job report. Bookmark the permalink.