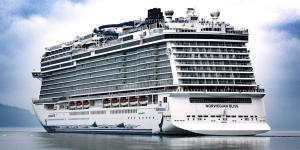 As shares of Norwegian Cruise Line continued to sink like the Titanic—down 80% from the end of 2019 to $12 per share by late April—Scott Dahnke and his team at L Catterton were quietly eyeing the wreckage. The partners at his Greenwich, Connecticut, private equity firm had already made a killing by taking a cruise ship-based beauty chain public and they were focused on high-end brands. After all, the “L” in their name comes from their financial backing by LVMH, the French luxury goods giant and they had already scored a string of successes from investments in the upscale home decorator Restoration Hardware, Lily’s Kitchen, a London-based organic dog food maker and Peloton, the Internet-connected stationary bicycle concern

This entry was posted in News and Views and tagged Bernard Arnault, Norwegian Cruise Line. Bookmark the permalink.