What is AB5 and why are small businesses opposed to it? | Small Business Trends

The gig economy has upended the way people work, and policymakers are grappling on how to address this change. California is tackling the issue with Assembly Bill 5 or as it is commonly known AB5. 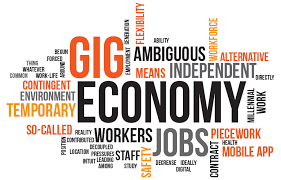 However, not all is going according to plan because US District Judge Roger Benitez in San Diego has temporarily blocked AB5. Why, because the law would impact around 70,000 independent truckers resulting in irreparable harm if their employers have to claim them as salaried employees.

The request comes from the California Trucking Association, but it is not the only organization. Two national groups representing photographers and freelancers also filed a suit. The American Society of Journalists and Authors and the National Press Photographers Association say the law affects free speech and media.

This entry was posted in News and Views and tagged AB5, California Assembly Bill 5, small businesses and AB5. Bookmark the permalink.