The United States has confirmed the first case of the new coronavirus on its territory. 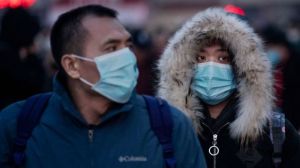 The Centers for Disease Control said the virus, which originated in China, had been diagnosed in a US resident who arrived in Seattle from China.

The virus, which spread from the Chinese city of Wuhan, has infected almost 300 people, and six have died.

North Korea has temporarily closed its borders to foreign tourists in response to the threat, a tour operator says.

This entry was posted in Uncategorized and tagged Chinese city of Wuhan, coronavirus, New China virus. Bookmark the permalink.