Why Thousands of Companies Are Turning Their Backs on a Business Doctrine That’s Been Accepted for Decades | Inc.com 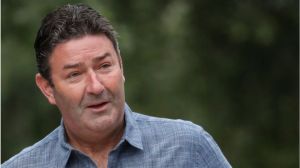 At the B Lab Champions Retreat in Los Angeles in September, nearly 700 attendees representing the B’s–the tip of a global movement numbering 60,000 companies–are gathered to honor great performers. And to declare victory.

The B’s are B Corporations, companies that have been certified by B Lab, a nonprofit dedicated to the concept that business must be a force for good, rather than profit alone, and allies working toward that goal. That concept had clearly become mainstream when, in August, the Business Roundtable, which represents the nation’s leading corporations, rejected “shareholder primacy” as the sole purpose of business in favor of stakeholder considerations. By doing so, the business titans at the very least acknowledged that business must have a purpose beyond making money–that companies must serve their customers, their employees, and their communities as well as their investors.

This entry was posted in Tools and Information and tagged b Lab, Business Doctrine, businesses need a purpose beyond making money. Bookmark the permalink.