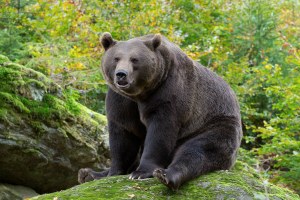 This week, Californians got two helpings of bad news, as Pacific Gas & Electric shut off the power for some residents to try and cut down on wildfires, even as a blaze broke out and displaced thousands in the San Fernando Valley. (The electricity kept flowing to Silicon Valley’s tech companies, though.) Meanwhile, it was snowing in Montana; go figure. Relatedly, there were multiple protests (and multiple arrests) around the world led by action group Extinction Rebellion, which is calling on the media to do more reporting on climate change. Elsewhere, people are upset that Ellen DeGeneres is hanging out with George W. Bush, associates of President Trump’s personal attorney Rudy Giuliani were arrested and charged with campaign finance violations, and it looks like Brexit won’t be an utter disaster after all. With all of this going on, it’s surprising anyone had the energy to pretend to be upset over how much US representative Alexandria Ocasio-Cortez paid for a haircut or enjoy Senator Elizabeth Warren’s snarky comeback to a question about same-sex marriage. You guys, so much happened last week. It’s time we unpacked it all.

This entry was posted in News and Views and tagged Extinction Rebellion, Pacific Gas & Electric, Wildfires. Bookmark the permalink.