The pound has continued to fall on currency markets amid intensified political uncertainty over Brexit. 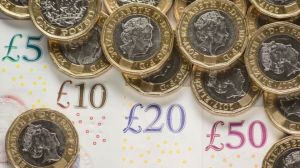 Reports of a possible snap general election weighed on sterling as MPs mulled efforts to push for a further three-month Brexit extension.

This entry was posted in News and Views and tagged Brexit, Brexit deal, Brexit extension, British pound. Bookmark the permalink.