Business is ‘staring down the precipice’ over Brexit | CNN 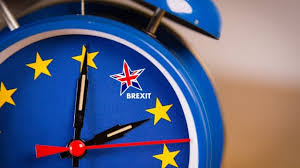 Companies in the United Kingdom are suffering from a bad case of déjà vu after lawmakers rejected a second version of the Brexit deal negotiated by Prime Minister Theresa May.

“Enough is enough,” said Carolyn Fairbairn, director general of the Confederation of British Industry, a business lobby. “It’s time for parliament to stop this circus,” she added, stressing that “jobs and livelihoods depend on it.”

The stunning defeat increases the chances that Britain will crash out of the European Union without a deal in just 17 days — doing big damage to the economy — or that Brexit will be delayed, prolonging the uncertainty for business.

This entry was posted in News and Views and tagged Brexit, eu, European Union, Prime Minister Theresa May, Theresa May, UK, United Kingdom. Bookmark the permalink.