Typically, the amount of personalization that you squeeze out of your license plate is entirely dependent on how clever you can get with seven or eight characters. That’s about to change for residents of Queensland, Australia. Starting March 1, the state will give people a wealth of new ways to customize their license plate, including the ability to add an emoji. 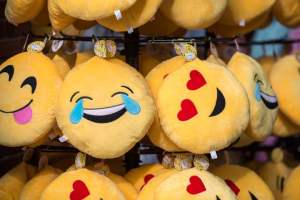 Personalised Plates Queensland, the official license plate vendor of Queensland, Australia, had decided to give the current license plate options a modern update that makes the plates reflect what you’d find in a person’s text messages. Drivers will be able to choose from five different emojis. The options include the face-with-tears-of-joy (or crying laughing) emoji, sunglasses emoji, winking emoji, smiling emoji, and heart-eyes emoji. If you were hoping to slap an eggplant or other potentially suggestive emoji on your license plate, you’re out of luck for the time being.