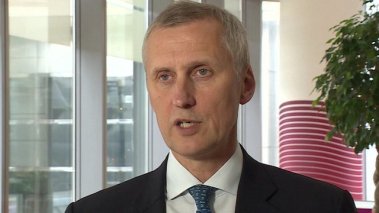 Six banks have been collectively fined £2.6bn by UK and US regulators over their traders’ attempted manipulation of foreign exchange rates.

HSBC, Royal Bank of Scotland, Swiss bank UBS and US banks JP Morgan Chase, Citibank and Bank of America have all been fined.

A separate probe into Barclays is continuing.

The fines were issued by the UK’s Financial Conduct Authority FCA and two US regulators.

The country’s Commodity Futures Trading Commission CFTC issued fines of $1.4bn to five banks, while the Office of the Comptroller of the Currency OCC added $950m in further fines to three lenders.

Barclays, which had been expected to announce a similar deal to the other banks, said it would not be settling at this time. “After discussions with other regulators and authorities, we have concluded that it is in the interests of the company to seek a more general coordinated settlement,” it said in a statement.

Forex failings “let down public trust”FCA boss Martin Wheatley told the BBC: “This isn’t the end of the story.””The individuals themselves will face the consequences,” he said.

JPMorgan Chase & Co said on Thursday that it suffered a $2 billion trading loss from a failed hedging strategy, a disclosure that hit financial stocks and the reputation of the bank and its prominent CEO, Jamie Dimon.