The 4 Types of Questions to Ask Candidates in a Job Interview | AllBusiness.com

A business is only as strong as its people, which is why it’s crucial to find and hire the right employees. However, according to a CareerBuilder survey, 74% of employers say they’ve hired the wrong person for a job. And the negative impact of those bad hires? Out of the 2,257 hiring managers polled, 37% cited less productivity and 31% indicated compromised quality of work.

In another report by the Center for American Progress, replacing a single employee costs around 16% to 213% of their annual salary. Given the costly implications of putting the wrong person in a position, it is extremely important to ensure that you have an effective recruitment system in place.

Reviewing CVs and short-listing candidates based on educational attainment, professional qualifications, experience, and skill sets only represents the beginning of the process. The job interview is equally, if not more, important in assessing the potential on-the-job success of candidates.

Why Zero Experience Can Be a Good Thing in a Hire | Inc.com

How do you get a consumer to stop scrolling through Twitter and click on something your brand created? That was the question Karina Wilsher, global COO of New York City ad agency Anomaly, was faced with answering for her clients. “If you look at the old model of advertising, it has an ascending story arc with a big reveal at the end, whereas in today’s world, with everyone on their phones, you need to deliver the headline first to get their attention,” she says. Rather than train her team to think like journalists, Wilsher went out and hired one–a former digital editor of The Wall Street Journal.

Anomaly hasn’t stopped with journalists. The award-winning agency, whose clients include Beats by Dre and Coca-Cola, has also recruited data scientists and technology- product designers. It turns out Anomaly is hardly, well, anomalous when it comes to companies reaching outside their conventional talent pool for fresh perspective, new ideas, and skepticism about business as usual. “If you want radical innovation, you need to look to unusual suspects,” says Marion Poetz, an innovation professor at Copenhagen Business School. As you find your industry being uprooted by technology, consider turning to outsider talent who can help push your company forward, so you don’t get left behind. 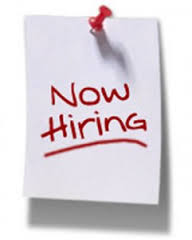 In my last article I mentioned my business mantra, “get the right people, in the right seats, doing the right things, at the right time, for the right reasons and you win! Don’t, and its struggle and strife.” I wanted to expand on each of those points, to further explain why each one is important and relies on the other to create the best outcome for your business.

The first thing to consider when hiring someone is their attitude. Do they believe in your company, do they seem excited by it? Or are they just looking for a job, without any real connection to the industry or your company? If they fall into the second category then it’s best to keep looking. Equally important to attitude is trust and good character, integrity, and intention. This person takes ownership, accountability, and responsibility for themselves, their work, and their lives.