In a casual conversation someone quipped, “You know the real problem with politicians…they just won’t stay bought.” There was muted laughter. It’s too true to be funny.

Politician. The word has precise sound to it, as if your mayor had been called by God to run. As if people go into public service like it’s a ministry. For the good of all with pure, honorable intentions.  But the job is nothing like that. It’s a lot of arm twisting and ear bending by people all wanting you to do conflicting things. And in

the end, nobody’s really happy with you. As Parker and Stone pointed out, the public sees you either as a ‘Giant Douche’ or a ‘Turd Sandwich’. Why would anyone want a such a shitty job?

I think it was Jimmy Hoffa who was asked which was more important, money or power, to which answered, ‘with power I can get money, but money may not get me power.’

If fact, our dear rehabilitated President Richard Nixon spoke from the reels of the Watergate Tapes: “A million dollars. I know where a million dollars can be gotten.” Just like that. Like he was giving you a spare light bulb. No, it’s better, an unnamed neighbor’s spare light bulb. As St. John was amazed by the whore of Babylon, you have to admire that much clout.

The image of a county supervisor being frog marched out of the airport provides only momentary satisfaction. All around us corruption is swirling, passing overhead like a funnel cloud, threatening everything we have. We’re seeing our homes devalued and sometimes stolen by morally bankrupt financiers. We’re losing our jobs. All of our futures have been replaced by a question mark. For what? The greed of a few thousand people.

Seriously, the wind is really picking up. We need to start thinking about going to the basement to ride it out.

The ethics report regarding Senator John Ensign is not interesting for the obvious sexual melodrama, but for the naked manipulation of Ensign by an angry husband and his clients. It’s on line. Read it. If it doesn’t make you angry,  you are dead.

And if it’s not outright corruption, it’s downright stupidity. Who decided it was great political theater to hold the entire world economy over the abyss to make political points? We all know the world economy is a board game. Why is everyone suddenly fiscally responsible? The Fed and the other central banks just xerox more Monopoly money. Don’t get upset because it’s all one color.

We took nearly a century to get our fiscal situation to this point. We not going to fix it in a dozen, or two dozen years, so it’s time for everyone to relax. When you’re driving on ice, you don’t make any sudden

changes. You keep all of your inputs to the vehicle small and measured. You don’t slam on the brakes. Why? Because you lose whatever control you do have. Not raising the debt ceiling is like that, except the crash is much more violent. Everyone knows that if they stop and think about it.

We need to be responsible, but we certainly don’t need to kill millions of jobs by collapsing the world credit market. People want to scare you about paying back a debt.   If it means the entire world will be grinding maize on their granite counter tops for the evening meal that debt will never be paid back.

Can you hear the windows breaking upstairs? The 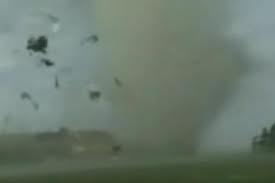 staccato sound of wind driven debris slamming the house above us? The tornado is here. Now.

You make your neighbor your enemy, you are at war with yourself. We have no government now. It is broken beyond retrieval. We must start listening to each other and find common ground. Common ground means compromise. Live and let live. Let people make their own decisions about their own lives. Understanding that ultimately, they answer to God, or they answer to no one, but, if they are not actually affecting anyone else more than just offending them, they don’t answer to us.

That’s another great aspect of America. You can offend me if you want to. You can tell me that the real problem is that politicians are not loyal enough whores when they shouldn’t be whores at all. You’re entitled to your dead, cynical worldview.

Politician. Public servant. I know I’m painting with a broad brush, but there so much filth to cover, I can’t do it with a water color brush. I need an airgun, like the kind they paint big oil tankers with. We’ve broken into tribes along class lines, racial divides and political beliefs. All at the same time in really chaotic ways. Still, the answer is in coming together. 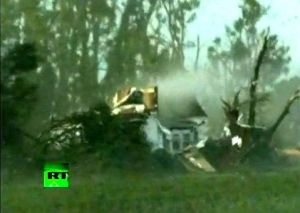 I think parts of the house are tearing off. It’s really loud, the deafening wind roaring like lies. It’s hard to think. But we must think. We must share. We must communicate. There’s real evil in this wind.

Now is the time for honest reflection. All of us have to be true about how we feel about what is happening to our country. We also have to live out those convictions and be true to ourselves.

We have to do one thing more. We have to accept each other. Truly allow each to find their own way, in their own way. With that mutual respect, we can build something strong and worthy in common.