Tag Archives: This is really cool

Turn up your speakers.

Created by Burden in 1979, the Flaming Carrot has no secret identity, no superpowers, and is not particularly intelligent. After reading 5,000 comic books in a single sitting to win a bet, a man was driven quite mad and was permanently transformed into the orange superhero.

Crowdfunding: What’s All The Noise About? | Lydia Mehit 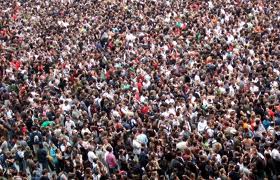 Crowdfunding is the latest buzz to hit the entrepreneur community, but no one really knows how it is going to work.  What we do know is that it will allow people like you and me (non-accredited) investors to use our money to help small businesses to start or grow. The problem is that the funding entrepreneurs need to prove, start and grow their ideas into companies has been at a premium since 2008.  The question now is whether the excitement will translate into a meaningful solution.

The turn of the century already saw a slow down from the tech investing of the 90’s, but when the recession hit, bank funding ground almost to a stop.  Where could the entrepreneur go to seek funding for their idea or startup?

END_OF_DOCUMENT_TOKEN_TO_BE_REPLACED

The Next Industrial Revolution « azizonomics

And even if the risks of global trade disruptions do not materialise in the near-term, as the finite supply of oil dwindles in coming years, the costs of constantly shipping so much around and around the world may prove unsustainable.

It is my view that the reality of costlier oil is set over the coming years to spur a new industrial revolution — a very welcome side-effect of which will be increased social and industrial decentralisation. Looming on the horizon are technologies which can decentralise the means of production and the means of energy generation.

It is useless to resist. The Emperor is your master now.

A killer infographic that give you a sense of the scale of the American economy.

END_OF_DOCUMENT_TOKEN_TO_BE_REPLACED

This video requires patience but you will be rewarded. Especially those who’ve lived in severe weather. This is almost a Spielberg like build.

One of the first people we met when we began marketing in Orange County was Bill Ellermeyer. I met him at a mixer where I noticed the ever changing number and types of people speaking with him. Some younger, some older, people in hip hop regalia and guys in suits we’re engaged with him in conversation.

When I finally spoke  with him I noticed two things. First, I felt like I’d known the man for more than a few moments, and second, he was an incredible listener. How this listening manifested itself was he asked questions that got at what I was thinking, not just saying. Within a ten minute conversation, he had a good grasp of my business and gave me a road map of whom to speak with and where potential partners and clients might be found. All of this information was delivered with wit and enough political savvy that the relationships of the people we discussed became apparent.  It was a seminar. Then, as quick as it started it was over, both of us shaking hands and continuing to work the room.

This is what Bill Ellermeyer does. He sees patterns. He makes connections. He then takes that vision and applies it to his clients who are primarily executives exiting the corporate world in search of the next illusive job or in some cases coming to grips with the idea that the next position won’t be there for them at all.

END_OF_DOCUMENT_TOKEN_TO_BE_REPLACED

To see his 2011 effort, where he played up a Brooklyn building, click here.

Tagged charlie zeleny, drum solo, This is really cool, Wish I had thought of this

The Court further stated that such protections should have been clear to the police all along, noting that the right to videotape police carrying out their duties in a public forum is “fundamental and virtually self-evident”