Things aren’t looking good for the big merger between Sprint and T-Mobile. 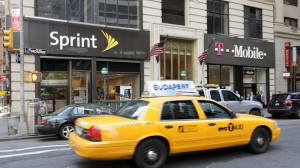 The Department of Justice antitrust enforcement has informed Sprint and T-Mobile that the merger is “unlikely” to receive approval, according to the Wall Street Journal.

Speaking to sources familiar with the merger, the report states that the $26 billion deal is concerns from the Justice Department’s antitrust division over threats the merger poses to competition. Sprint and T-Mobile are the third and fourth biggest mobile carriers in the country.

Further complicating matters, several U.S. states are considering taking legal action against the two companies if the DOJ decides not to challenge the merger. 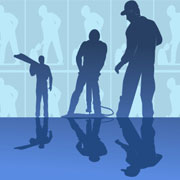 Discrimination in employment practices can land your business in legal hot water, even if it’s not intentional. What matters is the result of certain actions. In broad terms, discrimination is defined as changes in an employment practice — such as recruitment, hiring, job assignment or promotions — that have the “purpose or effect of denying employment or promotional opportunities to a class of individuals,” stated the U.S. Department of Justice (DOJ). It’s important to note that by this definition, the employer’s intention may be irrelevant if the “effect” is discrimination.

Under Title VII of the Civil Rights Act, the U.S. Attorney General has authority to bring suit against an employer “where there is reason to believe that a pattern or practice of discrimination exists.” Authority to prosecute employers also resides in anti-discrimination provisions of the Immigration and Nationality Act (INA).

Here’s a recent example to illustrate this concept. In June, the DOJ settled an “immigration-related discrimination claim” against a major national retailer. According to a DOJ announcement, the retailer had “required a non-U.S. citizen, but not similarly-situated U.S. citizens, to produce specific documentary proof of her immigration status for the purpose of verifying her employment eligibility.” In other words, additional documentation was required of this applicant compared to others.