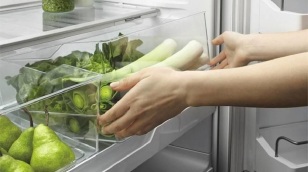 Food expenses form a major part of monthly family budgets, so it is important to buy smartly and to store them properly. If you want to reduce the food wastage, the answer is not just buying less, you also need to make sure that you store it properly. Sometimes it may be more budget friendly to buy in bulk, especially when an item is available at discount offers.

Though refrigerators have made the storage of food products much easier, you do not always need to rely on a fridge to increase the shelf span of food products. Here are some useful tips for storing foods and making sure that the food stays fresh for a long time.

The biggest U.S. airlines finally are getting serious about reversing the steady decline in recent years of the average price of their fares, but the smart folks at American Express Global Business Travel  – part of the world’s largest travel services company – say that’s not enough to keep fare prices from falling again in 2017.

AmEx, the parent of the world’s largest travel agency and a major player in corporate travel cost management through its American Express charge card business, said Wednesday that it expects the kind of fares purchased by business travelers for short haul travel with North America to decline, on average, by 2.5% to 5.5% next year. Average long haul fares for travel both within North America and to/from North America should fall between 0.2% and 4.6%, according to AmEx’s annual Global Travel Forecast, released Wednesday.

How Companies Are Using Software to Predict Their Customers’ Ethnicities | Inc.com

Ethnic Technologies, a 19-year-old company based in South Hackensack, New Jersey, develops software that helps businesses target different ethnic groups. Its algorithms are designed to identify a person’s ethnicity on the basis of his or her full name, address, and ZIP code.

The company, whose software considers 158 distinct ethnicities–including more segmentation for Hispanics and African Americans–claims it has an accuracy rate of 90 percent. This could lend a huge hand in marketing: With minorities expected to account for more than half of the population by 2044, the ability to target those customers is key to driving sales growth.

NEW ORLEANS — Hostility is linked to poor heart health, and a new study reveals what may happen in women’s bodies that may explain this link.

What has been unclear, however, is what mechanism optimism and hostility act through to influence women’s heart health. In other words, why do these traits have such effects on heart disease risk?

How Entrepreneurs Can Beat the Odds: 7 Strategies for Business Success | AllBusiness.com 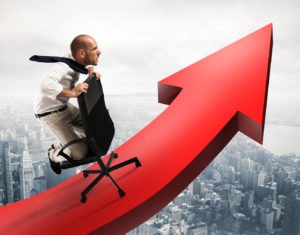 There are enough statistics available to scare any would-be entrepreneur from going into business. Although over 99 percent of all businesses with employees in the U.S. are considered to be small, the staggering statistic is the expected lifespan of a new business. It is estimated that only 70 percent of new businesses will still be operating in two years, and only 50 percent will still be operating in five years. Wow, pretty gruesome if you’re thinking about opening a business or already own a fairly new business.

Rather than simply operating day-to-day hoping for better results tomorrow, successful small business and SME owners practice many of the same principles. There’s no need to be a statistic of failure when you can be a statistic of success by implementing the following seven strategies:

David Ogilvy once said, “The customer is not a moron. She’s your wife.”

It’s easy to say, but how many agencies live by the notion that consumers are people we know and love? Italian agency Le Balene is about to find out whether it meets the bar … and it’s looking for someone to join them.

Creatives in Italy have a similar saying to Ogilvy’s. Developed by writer Alberto Arbasino in the ’60s, it’s become a compass for pitches and brainstorms: “This should be understandable for the Voghera housewife”—Voghera being a small town in Lombardy, and the Voghera housewife being the average person. 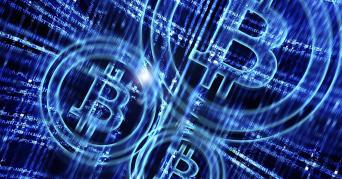 Take a monetary system that exists but doesn’t really exist, add in a few creative tech types and let their imaginations run wild and what do you get? Yes, you’ve guessed it: some cool business ideas. Bitcoin may have come into existence only in 2009, but as we head into 2017 it’s starting to become a mainstream hit to some interesting and innovative ideas.

For those who don’t know, Bitcoin is basically a virtual currency that’s created online, transferred and spent online and, importantly, has no physical form. Made by computers in a network using a process known as mining, Bitcoin isn’t controlled by any government and, in essence, is the perfect Internet currency.

With Bitcoin opening up new ways for people to pay online, it’s little wonder that you can now get slicker, cheaper and better services in the virtual arena. In fact, when you take a look at the following business ideas, you’ll see why Bitcoin is now fueling the next stage of the digital revolution.

The holiday shopping season is the retail industry’s busiest time of year. However, not all holiday shopping is done at big box stores: Small business owners also anticipate this time of year as bringing in serious revenue. Small Business Saturday (Nov. 26, 2016) encourages consumers to shop local, and is a great opportunity to the small retailers to increase their profits for the year.

Founded by American Express in 2010, Small Business Saturday is an annual shopping day supporting the independently owned businesses that help create jobs and help make local economies thrive. According to a press release, small businesses will be offered new resources for a successful holiday shopping season.

Although nearly all social networking platforms now have their own completely integrated advertising systems, when it comes to audience, insights and features, Facebook is still the premier platform.  For businesses, that means that Facebook is the best place to get started.  However, unfortunately, Facebook might be an excellent advertising platform, but that doesn’t mean it is used effectively by all brands.  Many of them ending up wasting resources and money, because they don’t understand how to properly use it or don’t have an effective strategy.  Hopefully, you are not one of them.  All it takes to be successful is some knowledge of the way that Facebook advertising works along with some best practices.

Outlook gets its own lightweight CRM, Outlook Customer Manager | TechCrunch

Microsoft today is rolling out a new tool for business owners using Office 365 and Outlook called Customer Service Manager, a lightweight CRM for companies that need to track their customer interactions and history, but aren’t yet ready for a more robust platform like Dynamics 365. The new tool lets businesses track tasks and deals in progress directly in Outlook, and will pop-up reminders aimed at helping them stay on top of their customer relationships, the company says.

Once enabled, Outlook Customer Manager will automatically organize customer information, including emails, meetings, calls, notes, files, tasks, deals and deadlines. This information – which is collected from email, calendar and call log data – is presented in a timeline format next to the inbox.